Red 5 Limited is using a fleet of Volvo Construction Equipment articulated haulers at its underground gold mine in Western Australia. The haulers have helped the company to increase productivity while reducing fuel consumption and maintenance costs. 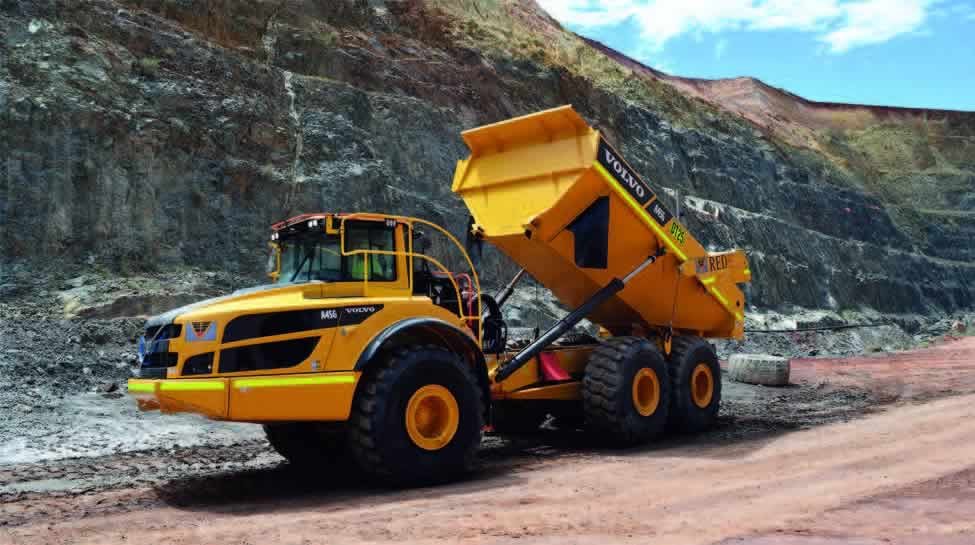 Onsite since 2018, the three A45G articulated haulers have worked over 16,500 fleet hours at Darlot Gold Mine in Eastern Goldfields, Western Australia.

Since Red 5 Limited’s acquisition of the mine in 2017, the company has successfully ramped up gold production to more than 100,000 ounces of gold per annum with the help of its high-performing fleet of Volvo CE machines.

“These trucks have been a game changer for our operations,” said Geoff Hart, maintenance superintendent at Darlot Gold Mine.

“There was some hesitation initially within the group, as we were doing something different from the rest of the industry. But one year on and I would have no hesitation in recommending a fleet of Volvo articulated haulers for the mining industry.”

Mr Hart says switching to the Volvo A45G articulated haulers have dramatically reduced maintenance costs and hugely improved mean time to repair. Plus, hauler availability is at an all-time high. With an anticipated tyre life of around 4,500 hours, tyre costs are expected to be well below the previous fleet. In addition, the mine has seen improved speed on grade thanks to the haulers’ tailgates, which have helped to keep the decline free from debris.

With a rated load capacity of 41,000 kilograms, the 41-tonne rated A45G hauler is designed for higher productivity while reducing overall fuel consumption, so customers can move more for less. Technology on the machines include the optional on-board weighing system, which boosts fuel efficiency and reduces machine wear by guaranteeing an optimal load every cycle. With the on-board weighing system, average payloads are sitting at around 97.5 per cent. Other features include the Volvo drivetrain, automatic traction control, all-terrain bogie and hydro-mechanical steering.