DuPont has appointed Rod Nelson as head of DuPont Sustainable Solutions for Australia and New Zealand. For the first time, DuPont’s ANZ lead will be based in Perth in a bid to capitalize on the huge growth in Western Australia. Rod Nelson brings more than 15 years’ experience in mining and construction, which includes his previous position as KPMG’s Global Mining lead of projects. 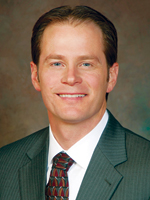 As part of its family succession planning process, Vermeer Corporation has announced that third-generation family member Jason Andringa will serve as the company’s next president and CEO. On November 1 Jason will assume the role for one year. He currently serves as President of Forage and Environmental Solutions.

Paramount Mining has appointed Daniel Poller as CEO and managing director. Based in Jakarta, he is an experienced resource finance executive with in excess of 15 years in the mining and energy sectors, working throughout Asia, Africa and Australia. Terry Holohan has resigned from the Board and from his executive role after earlier resigning from his roles as CEO and managing director.

Augur Resources has appointed Justin Werner as its managing director. He has been a director of Augur since December 2010. Based in Indonesia, he has overseen the re-capitalisation of the company, the re-commencement of exploration at the Wonogiri project and acquisition from MMG of an 80% interest in the Gorontalo properties. 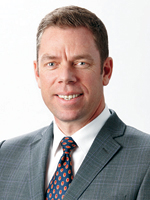 Besra has appointed John Glen as chief financial officer. An Australian citizen, John Glen’s professional career spans almost 30 years in accounting and corporate finance and advisory roles. He is the founder and director of Meridian Corporate Advisory, an independent corporate advisory firm operating out of Sydney.

Mindoro Resources announces the retirement and resignation of director and CEO Tony Climie. Director and executive vice president Penny Gould has succeeded him as CEO. Tony Climie continues to provide advisory services as a consultant. Mindoro has also appointed Federico Zarate to its Board and Clayton Northey as corporate secretary.

Trans-Tasman Resources has appointed Alan Eggers as chairman while previous executive chairman Tim Crossley has stepped down from the position but remains an executive director.